9 Pointers to cook on your BBQ to perfection… 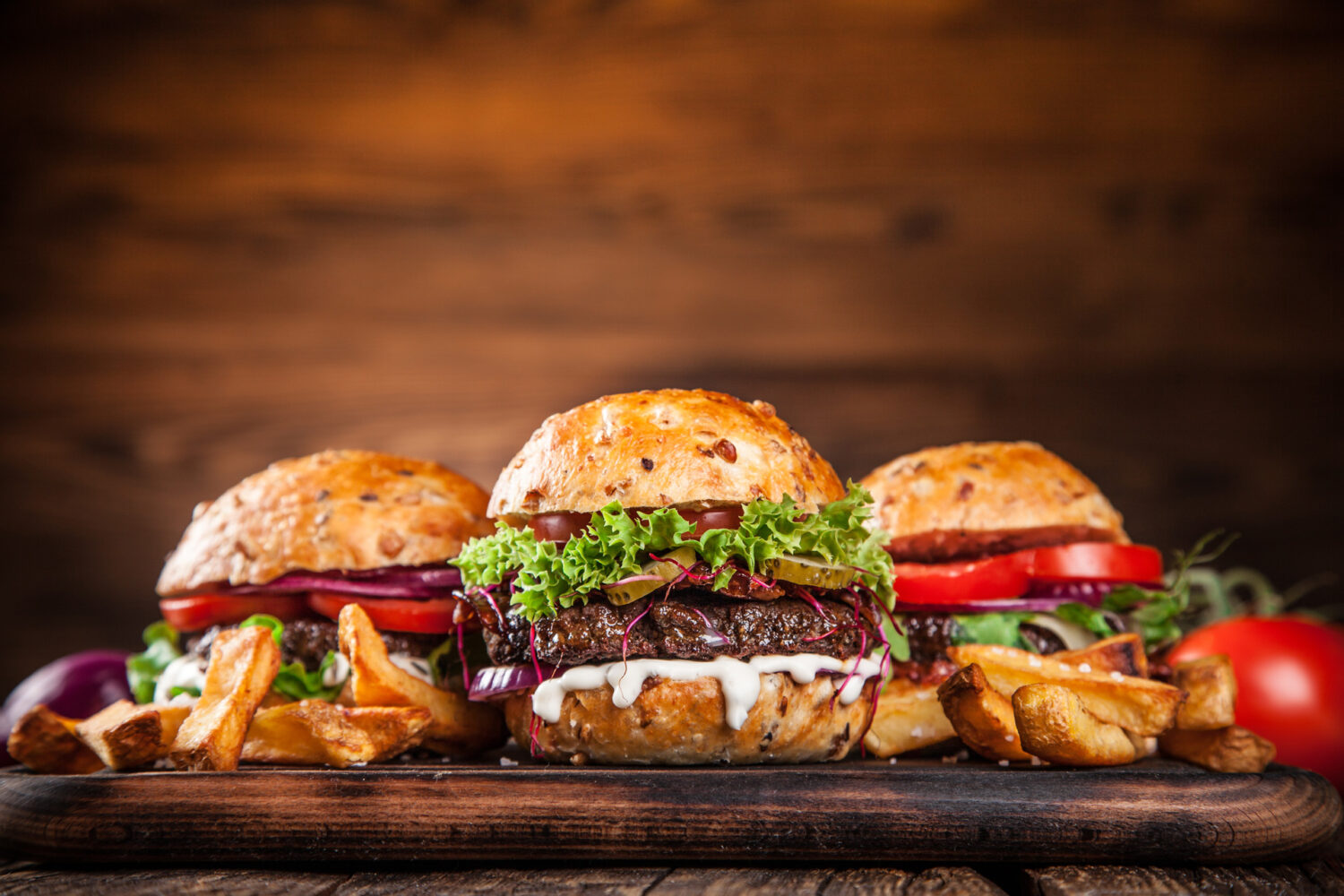 Hopefully, the weather will be starting to warm up soon, so it’s time to think about having a barbecue, so why not try one of our suggestions and a matching marinade for something different.

It’s pretty stunning, but some people toss cold meat on a cold grill and then fire it up, none the wiser. By letting your steak-maker heat up for about 20 minutes, you’re allowing both the grill and the surrounding metal to come up to an even temperature, which leads to more efficient, controlled and safe cooking.

You cook with oil when you’re making something on your stove, so why would outside be any different? Often times, leaner cuts of protein, like fish, tend to stick to the grates of your grill. Defend against it by using a pair of tongs to rub a paper towel soaked in cooking oil over the grates. An alternative method is to brush your food with olive oil and season it with sea salt before it goes on the grill.

While there are a multitude of effective ways to direct your heat for cooking, full blast isn’t one of them. Whether it’s leaving one gas burner off or simply positioning your coals to one side, always make sure there’s at least one small area that is not over direct heat and that’s not crammed with food. This allows you to move your food around accordingly to ensure nothing gets burned — and gives you a “safe zone” to move food for slower cooking or to rescue the perfect piece of meat from a nasty flare-up.

Aside from helping your food taste better, acidic marinades actually protect against heterocyclic amines (HCAs), carcinogens that are most often caused by cooking poultry, red meat or fish over an open flame. Using vinegar, citrus juice, or even beer as a base, let your meat soak for at least a few hours before throwing it on the grill.

Once you put food on the grill, do your best not to touch it. If timed correctly, meats — especially burgers, steaks and chops — are meant to be flipped just once. After placing something on the grill, let it sit for a few minutes to get a good sear. Once it’s been cooking for a bit, use your tongs to test and see it if pulls away from the grates. Assuming you oiled it, the meat will either stick or “release” when it’s cooked long enough. If there’s any resistance, it needs to be left alone a few moments longer.

Television commercials would have you believe that “flame-kissed” meat is a good thing. It’s not. Flare-ups caused by fat drippings create carcinogens called polycyclic aromatic hydrocarbons (PAHs) — they’re what create that charcoal taste when you eat something that’s been burnt on the grill. A spray bottle filled with water is the perfect weapon for extinguishing any fires too close to your food.

Al fresco cooks often don’t realize the importance of their grill’s venting system. Vent openings both above and below the fire aid in controlling not only the temperature of your grill, but the way in which your food cooks. Fully open vents on both sides create more heat, and by rotating your lid to change the placement of your open top vent, you can control the speed of your cooking. Whichever side the top vent is opened above will cook faster than the unvented side. If you want to create a convection effect, like you would a turkey in an oven, place your top vent opening on the opposite side of your bottom vent opening.

A principal rule of cooking anything: it’s always better to be under than over. If you’re uncertain if that salmon has been on for 5 minutes or 15, go ahead and pull it off. You can always put undercooked food back on the grill to continue cooking.

We get it. You’ve been doing this for years. But you’re still susceptible to poorly cooked meat. Every professional chef in every professional kitchen in the world uses a thermometer, and you should too. An excellent digital thermometer is the single most important piece of equipment you can have as a grill master other than a grill.

Remember you can vary the temperatures on a charcoal barbecue by moving the coals. A lid will helps with indirect cooking by maintaining a steady temperature. Simply slope the coals over to one side rather than just spreading across the whole grill grate.

Chicken
Direct heat Cut breasts into bite-sized pieces and thread them onto a skewer for kebabs. Whole breasts should be pounded with a rolling pin before grilling to make them flat and even.
Indirect heat For chicken, legs or thighs need cooking on a slower heat for a longer time, until the thickest part reaches 74C. Beer can chicken, where a whole chicken rests on a can, is another classic barbecue recipe.
BBQ marinade 4 tbsp olive oil + 2 tbsp smoked paprika + 1 tsp lemon juice.

Beef
Direct heat Hanger steak (or onglet) and skirt need the highest heat and quickest cooking, but most steaks (sirloin, ribeye, porterhouse, fillet) should be cooked on a high heat, to personal preference (60C for rare, 70C for medium, 75C for well done).
Indirect heat Brisket and short ribs take hours on a low heat, but they are some of the best cuts for barbecuing.
BBQ marinade 2tbsp Worcestershire sauce + 1 tbsp olive oil.

Lamb
Direct heat Sear neck fillet and grill lamb chops over hot coals. Ask your butcher to butterfly a leg of lamb so it can be cooked over direct heat for 15 minutes, then move it to indirect heat to let it cook through for the final half hour, until the core temperature reaches 65C.
Indirect heat Slow-cook a leg of lamb on the bone on a low heat for 2½-3 hours, until the meat is falling off the bone.
BBQ marinade 2 tbsp harissa + 4 tbsp natural yoghurt + 1 tsp lemon juice.

Pork
Direct heat Diced pork threaded on skewers, chops and escalopes should be cooked over direct heat. Sausages should be cooked on hot coals, but be careful they don’t cook too quickly, otherwise the outside will blacken but they will still be raw in the middle. If in doubt, stick a probe in the middle to check it reads at least 72C.
Indirect heat Pork belly should be cooked at a low temperature for a long time. For the best pulled pork, use pork shoulder on the bone (also known as Boston butt), and cook it slowly until it falls off the bone.
BBQ marinade 2 tbsp runny honey + 2 tbsp Dijon mustard.

Seafood
Direct heat Most seafood is cooked quickly at a high temperature to stop it from drying out: mackerel, sardines, octopus, crab, prawns, mussels, razor clams and fillets of fish wrapped in pancetta, edible leaves or foil.
Indirect heat Whole fish, cooked in a basket, or thicker steaks will benefit from the lower heat of indirect cooking to make sure the core temperature reaches 70C, but be careful not to cook for too long.
BBQ marinade 4 tbsp lime juice (1 lime) + 1 tbsp brown sugar + 1 fresh red chilli, finely chopped.

Vegetables
Direct heat Most vegetables are barbecued quickly: asparagus, courgette, aubergine, spring onions and bell peppers. Even new potatoes can be parboiled, threaded onto skewers and finished on the grill.
Indirect heat Wrap big root vegetables such as potatoes, onions or beetroot in foil and roast them in the embers.
BBQ marinade 2 tbsp balsamic vinegar + 3 tsbp olive oil + 2 cloves of garlic, crushed.

Grab a bag this weekend.