Celebrate the shortest day of the year 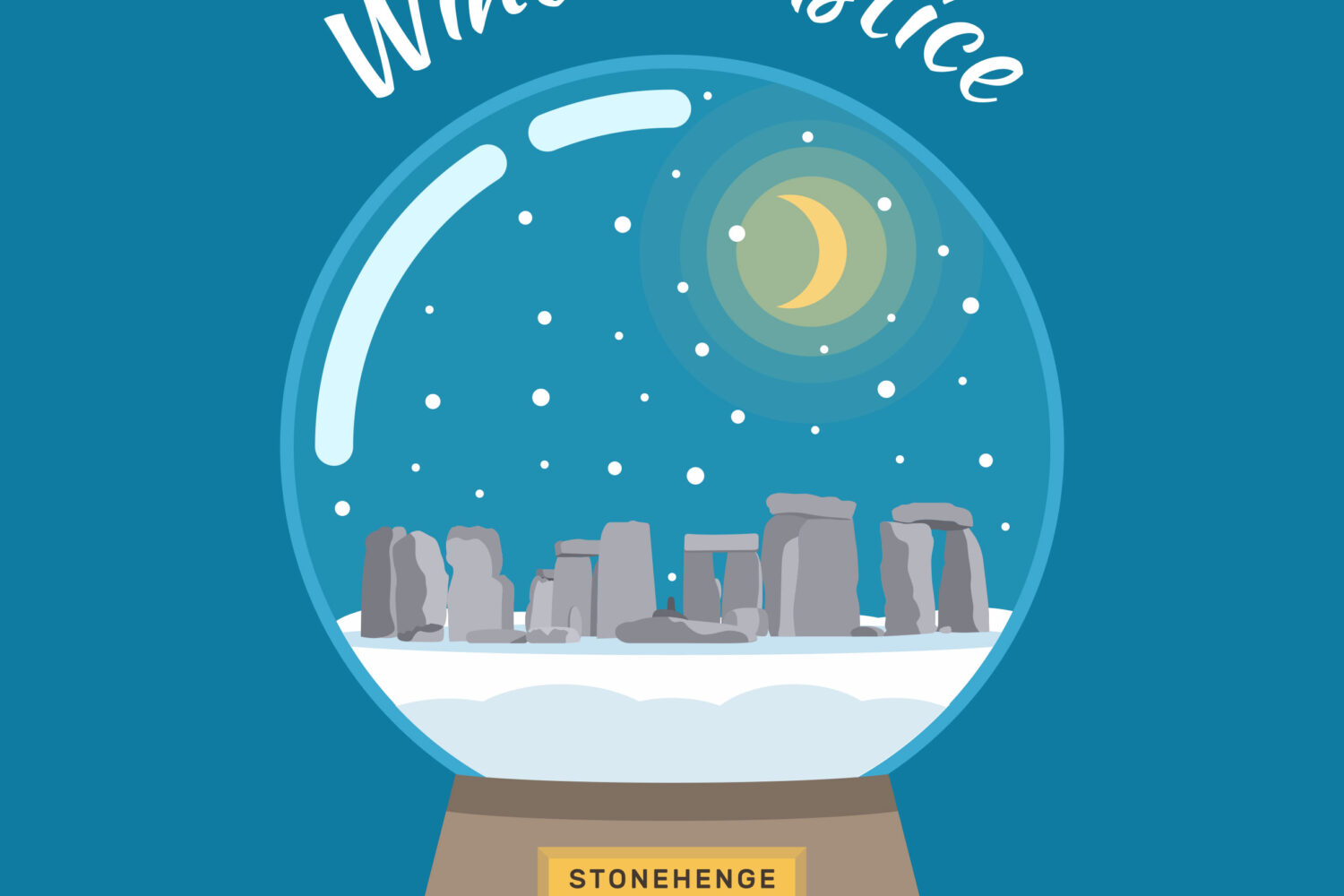 The Winter Solstice is upon us – in the Northern Hemisphere it will be celebrated today, Monday December 21, at 10:02 GMT.

The winter solstice happens every year when the Sun reaches its most southerly declination of -23.5 degrees. In other words, it is when the North Pole is tilted farthest away from the Sun, delivering the fewest hours of sunlight of the year. The Sun is directly overhead of the Tropic of Capricorn in the Southern Hemisphere during the December winter solstice and is closer to the horizon than at any other time in the year, meaning shorter days and longer nights.

PLUS ON THE SAME DAY – Weather permitting, in a year like no other, the winter solstice will itself be like no other as we gaze at The Great Conjunction of Jupiter and Saturn – the two biggest planets in the solar system. The planets will be visible around 30 to 45 minutes after sunset on December 21. Observers should look 10 degrees above the south-southwest horizon to catch a glimpse of the spectacle.

The shortest day of the year lasts for 7 hours 49 minutes and 41 seconds in Britain, which is 8 hours, 49 minutes shorter than the June Summer Solstice.

Cultures around the world have long held feasts and celebrated holidays around the winter solstice. Fire and light are traditional symbols of celebrations held on the darkest day of the year.

The day after the winter solstice marks the beginning of lengthening days, leading up to the summer solstice.

The most important thing is that Summer is now on its the way back to us….